Nassau County District Attorney Madeline Singas announced that her office will have prosecutors and investigators available to address voting-relating issues on Nov. 6 for the general election and reminded registered voters of their rights to cast a ballot. 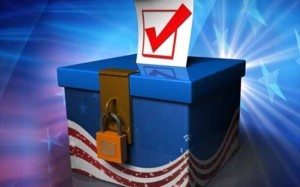 “We have seen efforts to manipulate elections in Nassau County before, and we have no tolerance for any kind of unlawful interference,” DA Singas said “Working with our partners, we will vigorously investigate and prosecute anyone who attempts to deprive voters and candidates the fair process they deserve.”

On Election Day, the District Attorney’s Public Corruption Bureau will be on call at (516) 571-2100 and via email at electionprotection@nassauda.org. DA staff will collaborate with the Nassau County Board of Elections, Nassau County Police Department, and the New York State Attorney General’s Office to ensure complaints of voter intimidation, disenfranchisement, or voter fraud are promptly investigated.

For any questions regarding voter registration, procedures, polling locations, and election regulations, please contact the Nassau County Board of Elections at (516) 571-2411.