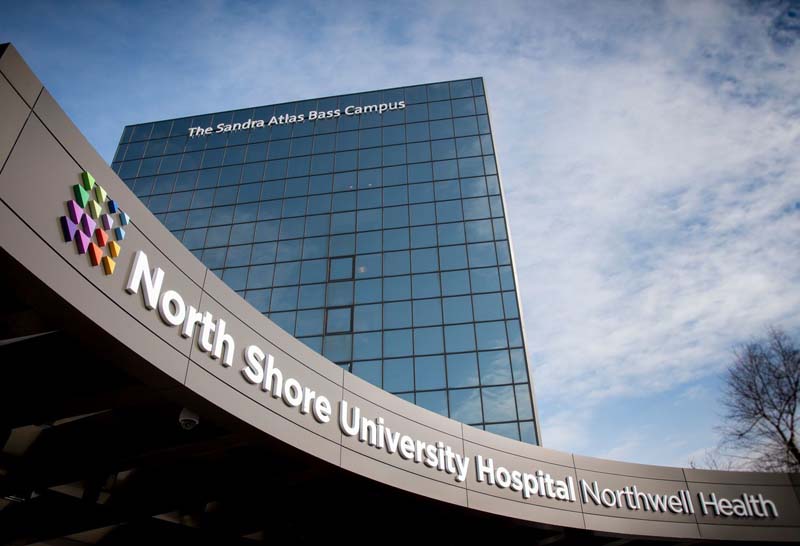 Nassau County has seen a spike in infection rate starting in November, going from 1.6 percent daily positive rate on Nov. 1 to 3.2 percent on Nov. 11. As cases rise in the area, families are also preparing for the holiday season with Thanksgiving, Hanukkah, Christmas and New Year’s Eve coming up. Those in the medical community are hoping the surge won’t be as bad as it was in the spring and acknowledge they are more prepared to handle hospitalizations than before.

“We’re preparing for the worst,” Dr. Bruce Hirsch, attending physician in infectious diseases at North Shore University Hospital, said. “Our hospital and a lot of the hospitals on Long Island were dealing with a frightening surge in March and then in April. Many of us have a sense of really grim foreboding about what we’re experiencing right now. The hospital is relatively quiet. There are numbers of COVID patients in the twenties beginning to come up to the thirties. This is a time of grim for boating. Although we don’t have many COVID patients and they seem to be not quite as sick as what we saw before, a lot of us are going around with this PTSD.”

New York State has already taken action against the spike in cases and Governor Andrew Cuomo announced on Wednesday, Nov. 11, that businesses will need to close by 10 p.m. starting Friday, Nov. 13, and implored New Yorkers to follow the guidelines the state has set in place. The new guidelines also includes a maximum of 10 non-household visitors to any home. Enforcing these guidelines has been relatively weak, and communities have taken advantage of the looseness around said guidelines.

On the North Shore of Long Island, a new drive-through rapid testing site was opened at the North Shore Hebrew Academy in Great Neck on Nov. 9 due to an increase in positivity rate throughout the area. This site was quickly moved to 600 Community Dr., Manhasset, starting Nov. 16 because of logistical issues of having a testing site at a school according to a spokesperson from the County Executive’s office.

“In partnership with New York State and Northwell, Nassau is expanding COVID-19 testing in Great Neck after a recent increase in infections,” Nassau County Executive Laura Curran said at the opening of the now-moved North Shore Hebrew Academy testing site. “As COVID-19 cases spike to record numbers nationwide, let’s remain vigilant and proactive. Nassau County will continue to respond to micro-spikes—wherever they may pop up—with testing, tracing and community outreach.”

Dozens of states around the country are currently reporting record hospitalizations right now, similar to what we saw in New York this past spring. As we enter the winter season, Nassau County hospitals are preparing for a surge that will stem from numerous causes. Large gatherings from holiday parties that people will travel to from out of state and not socially distance or employ mask wearing may be the most formidable.

“The holidays will lend to an environment that will exacerbate the problems of the spread of COVID,” Dr. Salvatore Pardo of Long Island Jewish Valley Stream said. “Generally, that time of year with all the holidays plus the need to be inside because of the weather certainly creates an environment where the spread of COVID will happen easier just for the traditions of gathering together, spending hours together and indoors in formal settings. So yes, I am concerned.”

The explosion may not be seen right away, but within a week or two after a holiday, there is the potential of a surge.

Pardo himself will not be having the same Thanksgiving his family usually has, he’s more than aware of the risks. The concern is if other families in Nassau County will do the same.

“Every family has a different situation,” Pardo said. “People coming from out of town should be discouraged as mandated by New York State. New York State has also recommended gatherings of less than 10 people, even in a nuclear family and private homes. These are all small prices to pay for the potential of having significant illness within the family. This is kind of the wrong time to let down our guard, especially if you have vulnerable members of the family. If you have a way to do it in a socially distant manner with a tent outside, I don’t know if the weather permits that, but certainly that could be an option.”

A new stage of the pandemic, the second wave, is upon us. Hospitals are ready at a moment’s notice to quadruple their ICU beds and new pharmaceuticals that we didn’t have in the spring can now be deployed to help those most sick. While this is reassuring, no one wants to be put in a position to actually use these measures.

“We already have some communities that are above 5 percent right now,” Pardo said. “We have evidence that communities that are not doing the mask mandate seriously have a higher infection rate as well, not just based on social economic, but attitude towards the virus. So I do suspect that it will go higher and if we don’t change our attitude towards the virus.”