The Manhasset and Cold Spring Harbor wrestling teams came together for a non-league wrestling matchup on Thursday, Jan. 16, the latter winning on criteria after eight of the 15 matchups went their way. Despite the outcome on the mat, the focus of the event had nothing to do with sports.

Randel “Rans” McCoy, Cold Spring Harbor’s assistant wrestling coach was diagnosed with ALS, known as “Lou Gehrig’s disease,” two years ago and onlookers were inspired by his fight to battle the debilitating disease. Parents, kids and wrestlers alike donned the white shirt that said “Takedown ALS” on the front and “Wrestle For Rans” on the back throughout the Manhasset gymnasium in an effort to raise money for ALS awareness and research.

“I thought it was amazing,” Manhasset wrestling head coach Stephon Sair said. “It was truly inspirational how many people came out to support Randel, support the cause, trying to raise awareness for ALS and, at the same time, supporting both teams at a great wrestling event.”

Sair and McCoy have been best friends since they were 4 years old, growing up together in Huntington. The event came together after Sair approached Mike Ferrugiari for a home-and-home, non-league meet between the two squads. 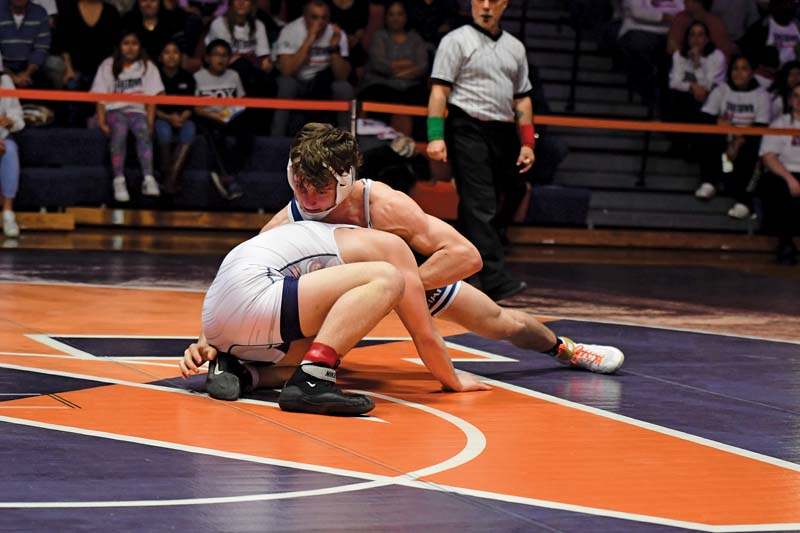 “At the end of the day, wrestling is just a sport and the reason why we’re here is to support Randel,” Sair told his team after the disappointing loss. “Hopefully, you guys realize, just to love your family and not take anything for granted. There’s more to life than sports or high school.”

Sair first learned of his best friends disease when McCoy broke the news in Sair’s backyard two years ago. As word spread, Sair’s brother, Dominick Sair started a gofundme for McCoy, “Help Randel Fight ALS,” that can be found at www.gofundme.com/f/6ikev48.

“He’s essentially like my brother,” Dominick said. “He knew me before I knew myself. Always a great athlete, funniest dude ever and a ton of energy. He deserves every inch and ounce of support he can get.”

The initial goal for the fund was $20,000. That goal was broken in less than 24 hours. Dominick decided to put the goal higher and it kept surpassing the goal every time. The current goal is $60,000 and surpassed it with $65,584 as of publication with donations still pouring in.

The most interesting thing about McCoy is not his disease, but the affection for him by those that know him best.

“Rans is interesting because he’s so unflappable,” Dominick said. “He is strongest dude you know. He’s super smart, smarter than anyone I know. He’s very intellectual and deeper than common street smarts. You can talk to him about any subject. He’s super empathetic, he has a great moral compass and he is just deep. That’s why it’s hard to see because everyone loves him and he’s just a great soul, kindred spirit and doesn’t deserve this at all. I love him, man. No bad words about him.”

“He’s truly amazing as far as his attitude and mindset right now,” Stephon said. “He doesn’t complain at all. When I see him, when I’m around him, he’s like normal Randel. You think he would be down, but he’s not, how do I bring [ALS] up when he’s still acting like he would if he didn’t have ALS.”

McCoy was a star football player at Huntington and was quite good at basketball as well. He didn’t wrestle until his senior year of high school when he dropped basketball for the grappling. It was nothing new for him, McCoy was brought up wrestling in his youth with Stephon and Stephon’s dad as their coach. 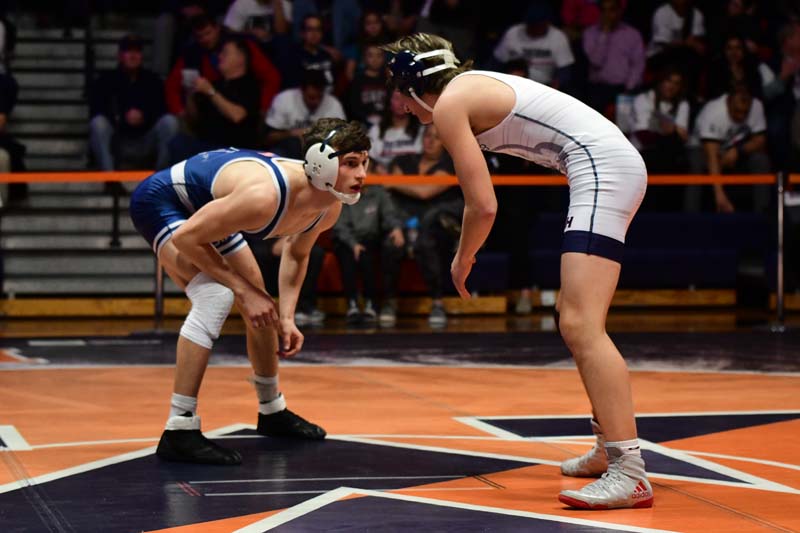 “I think wrestling is one of those sports where you have to be mentally strong, and to have any type of success requires a mentally tough person,” Stephon said. “That parallel I think carries over to Randel and his fight right now that he’s going through. It helps with his motivation that he wrestled, he’s around wrestling. His team inspires him. I know he’s definitely inspired by those kids and you can clearly see that.”

“He was so happy, the vows were the deepest vows I have ever heard,” Dominick said. “Everyone was crying.” 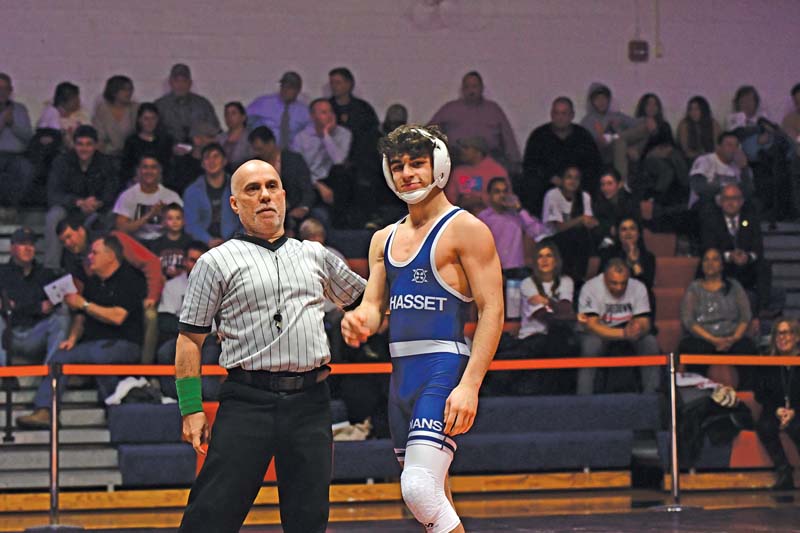 “She’s amazing,” Dominick said. “She’s the most thoughtful, caring person. She’s doing so much for this man. If she was not in his life, this would be 30 times harder. Every second, every thought that she’s going thought in her daily life is surrounded by Randel. She puts him first and she just really is an amazing person.”

McCoy has been the subject to plenty of media attention. ESPN is currently creating a documentary on him and cameras could be seen in every direction during the “Takedown ALS” event. His eyes, however, never left the mat as he observed his wrestlers jostle. A smile beamed throughout the night from ear-to-ear as he may not have the same energy as he once did before, but enjoying the occasion, he was.

“He was smiling the whole night,” Stephon said. “He was happy. He got a standing ovation, in that moment it seemed like he was really taking it.”