“My sister Julie Pennisi Kavoussi, whose story about the baby alligator she purchased at J.J. Newberry back in 1969 appeared in your recent issue of Gold Coast Magazine (to read the full story, go to www.longislandweekly.com),urged me to contribute a memory of the Miracle Mile and Americana Shopping Center.

My sisters, and all the kids who lived in Strathmore Village, were probably the original mall rats. We would often go up to the stores to while away an afternoon, especially as we entered our teen years, when the babysitting money we’d earned (at a rate of $1 an hour) burned holes in our pockets—and when single records (45s) were 69 cents a pop.

I was 12 or 13 in 1967 or ’68, and not yet allowed to wear makeup. So a favorite thing to do with my best friend, Patricia, was to start out in B. Altman and Company, where we’d stop by the makeup counter and help ourselves to the free samples. Blue eye shadow, peach blush and frosted pink lipstick were de rigueur in those days, and we were in full compliance. Once we had our makeup on, we continued to prowl the stores, trying on the costume jewelry in Franklin Simon, looking at the cool stuff in Brentano’s and ending up at Newberry’s, which had an escalator to the lower level—where you could buy anything in the world (including alligators).

When it was time to go home, we’d work our way back to B. Altman and, then, in the ladies’ lounge, washed off the forbidden makeup and head home with scrubbed and innocent faces.”

“When I was 17, my mother took pleasure in sending me on errands. As a new driver, I was happy to oblige.

One of these errands began,”Please go to Penn Fruit and buy something interesting for dinner.” I gleefully hopped into our Nash Rambler and hastened to Penn Fruit on the Miracle Mile. I wandered the aisles until I saw a straw-filled basket with a sign announcing snails. I was delighted—escargot for dinner. I bought a couple of pounds. 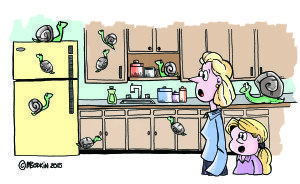 When I returned home, my mother was as enthusiastic as I was. She promptly emptied the bag of snails into the kitchen sink, filled it with water and both of us went into another room to get The Gourmet Cookbook since we had never cooked snails before.

When we returned to the kitchen, cookbook in hand, we were dismayed to find snails on the ceiling, walls and floor of the kitchen. As we subsequently learned, one must pry these crustaceans off a surface with a knife, or something similar, one at a time.

After retrieving (hopefully) all of them, exhausted, we gave them to a French neighbor and sadly went out for dinner.”

“Being a Manhasset resident for at least 50 years, my friends and I used to play war games and other games on the current property of Miracle Mile. 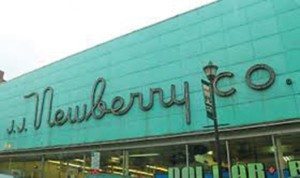 Around the late ’40s to early ’50s, that was our big playground until they started digging up the area. We also used our sling shots there, and rode our bikes all over. We had a great time! We all grew up in Munsey Park and we all went to Manhasset schools.”

“I remember going to the Brooklyn Savings Bank with my dad to open bank accounts when they used to give varying levels of gifts for opening deposits.

My mom used to take me to Newberry’s for candy and assorted items from a traditional five and dime. Years later, Swenson’s opened and introduced our family to chocolate chocolate chip ice cream. What great memories!”