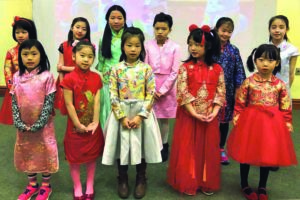 According to the Chinese astrology, 2019 is a great year to make money, and a good year to invest. 2019 is going to be full of joy, a year of friendship and love for all the zodiac signs; an auspicious year because the pig attracts success in all the spheres of life.
Celebrated by more than 20 percent of the world’s population, Chinese New Year, also known as the Spring Festival, is the most important holiday to the Chinese, as well as to other Asians, including Koreans and Vietnamese.
The Spring Festival was originally a ceremonial day to pray to gods for a good planting and harvest season—and fighting off monsters. According to legend, a monster named Nian would come about every new year’s eve. While most people would hide in their homes, one boy was brave enough to fight him off using firecrackers. The next day, people celebrated by setting off more firecrackers, and that practice became a crucial part of the celebration.
The Spring Festival is the longest Chinese holiday. The Lunar New Year celebration lasts for about 15 days and ends on Feb. 19, the Lantern Festival.
In fact, worldwide, more fireworks are set off that night to scare off monsters and bad luck than any other. In the morning, firecrackers are used again to welcome the new year and good luck.
This year, the Chinese American Association of North Hempstead, in conjunction with the Manhasset Public Library, celebrates the Chinese Lunar New Year with music, dance, crafts and treats on Sunday, Feb. 10, at 1 p.m. in the community room. Family, neighbors and friends are invited to join in and enjoy a special Chinese Lion Dance, children’s dance and Chinese musical instruments such as the pipa and flute. There will be Chinese traditional storytelling and hand-crafted paper cuttings, as well as Chinese calligraphy. The event is free and open to the community.