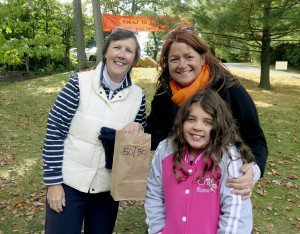 Our Lady of Grace Montessori School held its 18th Annual Golf & Tennis Classic, the school’s largest fundraising event. It occurred on May 12 at Plandome Country Club. This particular year was incredibly special for the school because Sister Kelly Quinn was honored for her 20 years serving as principal at Our Lady of Grace.
“We are so excited to honor Sister Kelly this year as she celebrates 20 years as principal at Our Lady of Grace. Sister Kelly is the heart and soul of our school. Each morning she greets every child with a smile and works endlessly to provide the most loving and nurturing environment for our children.” said Theresa Morrison, Golf & Tennis Classic co-chair.
She has created a nurturing and caring community for the children and parents at Our Lady of Grace (OLG). Parents who send their children to OLG recognize the life-changing benefits of the Montessori method, the Catholic education and the love and kindness from all of the teachers and staff. Sister Kelly takes pride in the academic foundation that each child receives and the spiritual growth that happens under her guidance. 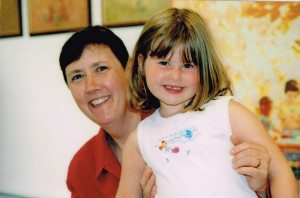 “The most beautiful thing about Sister Kelly is her authentic love for all of the children,” said Wendy Paladino, a mother who has two children who attend OLG. “Sister Kelly is truly a natural with the children. They all love her and look up to her. Not a day goes by when she’s not outside in the carpool line greeting each and every child with a smile on her face. What I love about her is that she does things because she wants to do them, not because she has to.
“Sister Kelly relates to the children very easily. They are very fond of her and she is the first person that they want to share their accomplishments with. She makes them feel proud.”
“She is always very quick to jump into our antics with the children to keep it interesting. One thing I look forward to every Easter is seeing Sister Kelly run after the Easter bunny, who is stealing the flowers from the garden. The children absolutely go crazy. They love it. It’s something that my own children have never forgotten.” said Jennifer Nelson, a teacher at OLG also celebrating her 20th anniversary.
For the first nine years of her life, Sister Kelly was the youngest of three siblings and an only daughter. She always looked up to her older brothers, Patrick and Gregory, but was thrilled when she was 10 years old and her family welcomed newborn sister Kate, followed three years later by another baby sister, Marnie. Perhaps caring for her little sisters helped develop this talent within her to be so amazing with children.
Quinn grew up in Binghamton, NY, and attended St. John the Evangelist Grammar School and Seton Catholic Central High School. At Seton Catholic Central, she participated in a number of activities, including basketball, volleyball and also ran on the cross country running team. She was fairly quiet, but her fierce determination to succeed was typically seen on the athletic field.
It was at Marywood College in Scranton, PA, where Quinn’s path became clear to her. “I had often considered religious life, but it wasn’t until my junior year of college that I began the process of becoming a Sister,” said Sister Kelly. “Prior to my profession of vows, the superior of our congregation asked me if I would be interested in becoming a Montessori teacher. I observed in the Montessori school we had at our Motherhouse and decided to give it a try. I went for Montessori training and the rest is history.” Montessori education values each child as a unique individual and recognizes that children learn in different ways. It is a method of education that is accommodating to all learning styles.
Sister Kelly came to Our Lady of Grace originally as a teacher and taught in the early childhood program for seven years. After this time, Quinn’s congregation thought it was time for her to study administration, so she moved to Scranton, PA, and did just that while teaching in a local school. Three years later, she was back at Our Lady of Grace and began her journey as principal. “I am blessed to call Sister Kelly my friend. How would I describe her? To put it simply her heart is full of love and that is so apparent in all she does. However, there is one thing that I find quite annoying: she doesn’t age! I have known her for over 25 years, and except for maybe six gray hairs, she looks the same!” said Kathleen Connolly, a teacher at OLG.
Over the years, she has effortlessly found ways to spread her love and generosity by completing assignments in North Carolina, helping migrant farmers in their quest of naturalization procedures, as well as helping the poor at a food and clothing distribution center in Long Island. She kept up her love for running, when in 1991, after just a few years as principal, she decided to run the NYC marathon. Not only did her ambition drive her to run it, but she finished in 4 hours and 40 minutes.
Sister Kelly visits her family in Binghamton frequently. She enjoys traveling, particularly to Scotland, Italy and Vermont. She remains active and loves to go walking whenever she can. She likes a good Broadway musical and her love of basketball has stayed with her. College games are her favorite to watch. Her favorite team? The Duke Blue Devils!
Sister Kelly shared, “When you are doing something you love, 20 years goes by very quickly. I have been blessed to work with a wonderful community and the best children in the world! Not a day goes by that I don’t thank God for the joy and excitement that the children bring to my life. It fills me with great happiness when I see our graduates and they reminisce about the time they spent at Our Lady of Grace, and the lifelong friendships they have formed. I am so fortunate to work with a group of women who care about their students as if they were their own. Here’s to the next 20!” 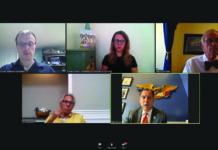 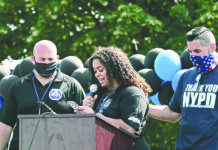