“The building department has been deeply entrenched in questionable ethics and controversy for over 15 years now and these issues are firmly rooted in the culture of the department,” the supervisor charged at a press conference.

She began by noting that reforming the building department has been one of her top priorities.

“As any town resident can tell you that, when dealing with the building department, trying to get a permit for even the simplest of construction will almost always result in a multi-month delay,” DeSena said. “The building department has been an ineffectual mess for more than 15 years and it’s time we stopped paying lip service to the problem. Instead. we must be willing to consider every possible way fix the problem.”

She added, “For the past six months, my staff and I have reviewed the operations of the department and have found a deeply flawed, scandal-plagued department that continually fails our residents and business owners, earning it the [reputation] as the worst on Long Island. Changing the building department is desperately needed. No more band-aids or quick fixes. What is really needed is true systemic change.”

DeSena noted that her first proposed reform of the department had been rejected by the 4-3 Democratic majority on the town board in May. It aimed to reverse a provision in the town code put in place in 2007. It gave the supervisor and councilmembers the ability to override the building commissioner’s rejection of a request for an expedited review of a building permit.

“This would have helped streamline operations and abandon needless and ethically questionable interference by individual elected officials,” DeSena asserted. “This was to shift the accountability back to the building commissioner, where it belongs. Unfortunately, although our residents and building commissioner overwhelmingly supported it, my proposal was defeated by the majority councilmembers who opposed the measure.”

Democratic councilmembers Veronica Lurvey and Mariann Dalimonte stood on either side of the supervisor—a registered Democrat who ran on the Republican line—as she argued her proposal would have bought the first substantive change to the building department in a number of years.

DeSena expressed disappointment that the majority opposed reforms “and lacked the courage to do what’s right for the residents and business owners. As I continue to fight to pass reform measures it’s become crystal clear—from the town board to the building department—that this is a town that is resistant to change.”

She said that no previous administration had called for such an audit, and “it’s something that should have been done long ago. An impartial reassessment by an outside agency has been needed for a very long time, and I believe this is the only way forward to implement meaningful change to improve operations for our residents and businesses owners.”

She added, “Mismanagement of department operations and any potential fiscal irregularity must be identified and addressed. It’s time for the town to stop pretending that the problems with our building department do not exist. We must open our doors be totally transparent and shed much-needed light on the problems that truly ail it.”

The supervisor was counting on the audit to identify the needed fixes to repair the department’s reputation and put an end to it being “synonymous with a severe backlog scandal and controversies.”

DeSena hoped to transform it “into an efficient and well-run building department.”

Lurvey said she welcomed the audit and looked forward to its findings.

Referring to the DeSena administration’s review of the building department, Lurvey stated, “I also look forward to hearing all the details of this review, along with any findings and recommendations that have resulted from it. I hope all of the review documents will be shared with her colleagues on the council and made public today.”

The District 4 councilwoman pointed out that since joining the town board in 2019, the board and former Supervisor Judi Bosworth had implemented changes to the department, including additional staffing and extended hours.

“Perhaps the greatest upgrade was implementing the first phase of the Citizenserve software platform which we launched in November 2020, during the beginning of the COVID-19 pandemic,” Lurvey observed. “By allowing building department applications and supporting documents to be submitted online, the town helped residents stay safe while increasing efficiency.”

She added, “I’ve been told that preliminary statistics indicated improvements in response times and approval processes from the building department.”

“I look forward to seeing the results of this audit as there is always room for improvement, be it financial with the help of the comptroller, or operationally based on the decisions we make as town board members,” Lurvey concluded.

Dalimonte joined Lurvey in asking DeSena to submit any findings from what the supervisor said was a “thorough review” of building department operations.

“As always, I remain open to discussing these and other ideas with the supervisor at her convenience,” Dalimonte said. “Also, at the June board meeting, the board voted for monthly reports to be provided by the building department so we can review and analyze data and statistics on a regular basis.”

Comptroller Phillips, in a statement, said, “The Office of the Nassau County Comptroller is in receipt of a letter from Town of North Hempstead Supervisor Jennifer DeSena in which Supervisor DeSena requests an audit of the town’s building department. The Comptroller’s Office has a process in place for the independent review of requests for audits and has commenced this process.”

Building Commissioner John Niewender, in a Facebook comment under a Town of North Hempstead post, stated, “As Commissioner of this Building Department let it be clear I welcome such audits and investigations. Allegations of corruption are very serious and we’re confident there are no such scenarios.”

Dan Purcell: “Thank you for taking action, this is long overdue. The building department unnecessarily costs residents and builders thousands of dollars with zero accountability.”

Susan Susie Sue Brassill: “Great news! I’m sure they will identify much that needs to be improved.”

Heather Jancovic-Birong: “Finally! Thank you. We spoke about this at meet the candidates. It’s a disaster over there.”

Paul Riedman: “Excellent idea. When you have a full view of the situation is when you can see everything clearly. I’m sure there will be some interesting information revealed.”

Claude Birong: “Thank god! It takes two years or more for simple permits. Meanwhile, one block over it takes two weeks for the same permits.”

Joseph Barry: “The building department scandal was so long ago and it’s unfair of you to constantly attack this one department.” 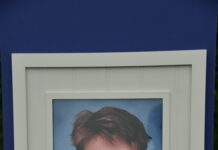