Other Emergency Responders by Increasing Penalties for

Criminals Who Specifically Target these Professions

Senator Elaine Phillips announced that the New York State Senate recently passed several measures to increase protections for the state’s law enforcement community, firefighters, and other emergency service workers, including the “Community Heroes Protection Act.” The measures are in direct response to the numerous incidents of violence directed at New York’s first responders, and would increase penalties for assaults or threats to police, increase safety at correctional facilities, and increase benefits for those who became sick from their heroic service during the World Trade Center recovery.

“Thousands of men and women who have dedicated their lives to serving and protecting our communities as law enforcement officials, firefighters and emergency service workers have done so without asking for anything in return,” Senator Phillips said. “This legislation provides individuals protections from target attacks by making certain crimes committed against them punishable as hate crimes. We must continue to stand with these brave individuals who put their lives on the line each and every day.”

The Community Heroes Protection Act was inspired by those who have lost their lives, were wounded, or targeted specifically because of their profession as community protectors, such as last year’s fatal shooting of NYPD Officer Miosotis Familia. The bill, S.1114A, would make certain crimes explicitly committed against law enforcement, firefighters, and first responders punishable as hate crimes.

In addition, the Senate passed a variety of bills aimed at safeguarding New York’s law enforcement community, including:

The Senate Republican conference has been a consistent advocate for the law enforcement community throughout the state. In last year’s budget, and in response to the tragic assassinations of NYPD Officers Miosotis Familia, Wenjian Liu, and Rafael Ramos, the Senate secured $4 million to help retrofit NYPD patrol cars and command vehicles with bulletproof windows and door panels to help save the lives of law enforcement.

The Senate Republican conference has also spoken loudly and clearly in support of stronger penalties for hardened criminals. This includes a recent Senate petition drive that collected thousands of signatures calling on the state Parole Board to deny parole for cop-killer Herman Bell and last week’s call for the resignation of Parole Board members who granted the release despite Bell’s politically-motivated and premeditated assassinations of two New York City police officers. The bills will be sent to the Assembly. 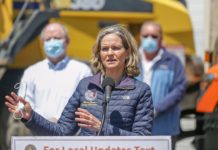 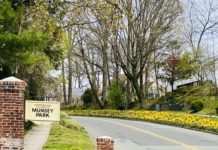