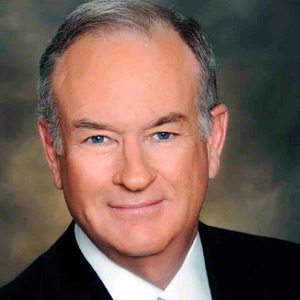 Some good causes have bake sales and raffles. Others have Bill O’Reilly. And that’s a far more potent fundraiser than even the best chocolate-chip cookie. The TV host, commentator and author is well-known for his Nassau County connections — raised in Levittown and living in Manhasset — as well as for his penchant for giving back.

“The people on Long Island are good folk,” he told me recently. “If I can do something to help, I will.”

Right now, O’Reilly is working with the Schools of St. Mary in Manhasset for a Thursday, April 3, 7 p.m. benefit at LIU Post’s Tilles Center for the Performing Arts. He’ll be joined by fellow Fox News broadcasters Megyn Kelly and Brian Kilmeade (a Massapequa boy whose father, Buddy, once owned Kilmeade’s pub in Manhasset).

“We’ll talk about the state of cable news,” O’Reilly said. “People like to know the inside-baseball parts of the job.”

For instance, what went on around his interview with President Barack Obama?

As well as the nuts and bolts of putting on The O’Reilly Factor. Such as when does his workday start?

“I have the papers delivered to my home, and around 7:30, I start reading them and watch the video of Fox & Friends,” he said of the network’s morning show. “At 10 we have a conference call and plan the show. Of course, it can change.”

O’Reilly said that he and his colleagues will not only take the audience behind the scenes of cable news, but also discuss their own lives, careers and “how we came up.” This will be followed by a Q&A period.

It’s similar to a program he does around the country with comedian Dennis Miller under the banner of “The Bolder & Fresher Tour.”

With ticket prices at $78, $128 and $303, the Schools of St. Mary are destined to gain as much revenue as the audience gains insight.

“Private schools need money for scholarships and extracurricular activities,” he said. “There are a lot of poor kids who can’t afford the tuition.”

O’Reilly’s connection to St. Mary’s is personal — his own children go there, as did his sister — and he has participated in a similar fundraiser for his own high school alma mater, Mineola’s Chaminade High School.

What makes O’Reilly such a big proponent of Catholic schools?

“There is a huge divide between public and private schools,” he said. “The curriculum is similar. However, if you look at what happens outside of the classroom, at what is permitted, there is the whole difference.”

He cites laws and policies that make discipline difficult in public schools.

“You have kids swearing at the teacher,” said this one-time Catholic school teacher. “You can’t have that in a private school. There is more of a focus on civility.”

Buy a $303 VIP ticket, and you can experience O’Reilly’s civility up close at a private reception after the event. Kilmeade and Kelly will be there, too, for photo ops and chit chat.

“The VIP tickets get first-row seating,” said O’Reilly, who also will provide each VIP ticketholder with a signed copy of his bestseller, Killing Jesus. “There are only about 10 of those tickets left.”

Tickets are available at the Tilles Center box office — 516-299-2752 — as well as at Ticketmaster.com.
An enjoyable evening? Absolutely, said O’Reilly.

“People will have a good time.”