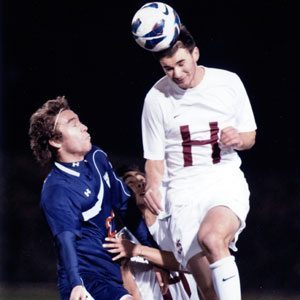 Manhasset High School graduate Alex Leondis, Class of 2013, just completed his freshman season helping Harvard men’s soccer team finish second in the Ivy League, a complete turnaround from a team that placed last in 2012. The Crimson went into a “winner take all” scenario against UPenn on the last game of the season with an automatic bid on the line to the NCAA Devision One tournament.

Unfortunately, UPenn prevailed with a 2-0 victory, a tough loss for the Crimson on their home turf. Leondis earned his way into the starting lineup as left defender after the fifth game of the season and never looked back, having started and played in all remaining 12 games. The team finished 5-2 in league play with Leondis logging in most minutes of any Harvard player in Ivy play. Head Coach Pieher commented that “Alex had a phenomenal year and was one of our most consistent players. I expect him to continue to develop as a leader of our program both on and off the field and look for his continued success over the next three years.”

Leondis originally learned to play in the Manhasset Soccer Club in kindergarten and then at age 11 switched clubs to play for the Dix Hills Thunder, one of the most dominant boys soccer teams ever to play in New York State.

The team won five straight State Cups and two Region 1 championships. He moved to play in the United States Soccer Federation for Albertson Academy in ninth grade where his team was nationally ranked each year culminating in a trip to the USSF Nationals in Houston during July 2013, placing third in the country, coming within one goal from playing for the U.S. National Federation Championship. 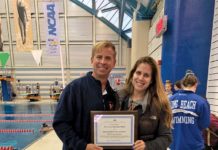 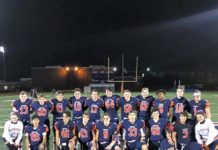 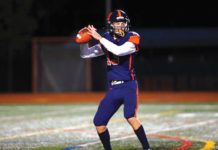