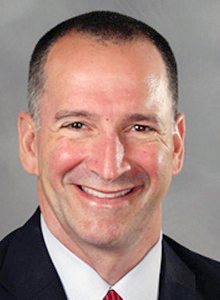 Running for his second major office in as many years, Roslyn resident Adam Haber touched on familiar themes in a visit to Anton Community Newspapers to discuss his candidacy for the Seventh District New York State Senate seat, where Haber is challenging the Republican incumbent, Jack Martins.
Haber entered politics in 2009, when he ran for and won, a seat on the Roslyn School Board. The district was then reeling from an embezzlement scandal that had cost it millions of dollars. Haber touted his achievements on the board, including bringing finances into line to the point where the district has seen the lowest tax increases of any district in Nassau County. Last year, Haber ran for the Democratic Party’s nomination to challenge Edward P. Mangano for the Nassau County executive’s race.
Now Haber is running for the state senate. Concerning Roslyn, which is part of the seventh district, Haber acknowledged that a $20 million bond would have to be used for an air stripper to clean contaminated water caused by a breakout of the Freon 22 contaminant. Haber added that the way to prevent future problems is to protect the groundwater.
Every discussion about Nassau County politics leads back to taxes and keeping young people on Long Island.
Reminded that 80 percent of school budgets come from property taxes, Haber claimed that a more efficient use of funds, such as consolidating busing routes, could save “tens of millions” of dollars.
He also emphasized finding creative ways to grow the economy. Haber, for instance, felt that the publicity surrounding the release of last year’s motion picture, The Great Gatsby, which was set on the North Shore, could have been accompanied by a gala festival that would have brought in plenty of tourists and their dollars. Likewise, he believes that the annual Belmont Stakes could be similarly enhanced with an entire weekend celebrating the race, including a trialton and a parade similar to the one held every New Year’s Day for the Rose Bowl in Pasadena, Ca. Again, the goal would be to bring in an annual tourist influx benefiting the county’s coffers.
Haber praised Gov. Andrew Cuomo’s StartUpNY plan to give incentives to new businesses in New York, while adding that his own business expertise would come in handy in the state’s dealings with prospective new businesses.
Most politicians, Haber noted, are attorneys, a professions that is advantageous when drafting legislation. However, the state, he added, also needs lawmakers who “speak the language” of businessmen.
Haber reiterated his support for women’s equality legislation and for transparency in government, but mostly he made the case that the state must find ways to grow the economy on Long Island. Towards that end, he supports an increase in the minimum wage. With such an increase, less people, Haber said, would be on food stamps; plus it would help to build up the middle class.
Concerning housing, Haber said that he would seek to build affordable housing around the transit hubs situated at towns and villages throughout Nassau County. Again, such housing would stimulate the economy, but also provide for starter homes that will keep young people on Long Island.
“We need to reduce the tax burden by expanding the economy,” Haber concluded. “I’m a pro-development business guy who’s done it and knows how to do it and who can relive the tax burden [in Nassau County.]”