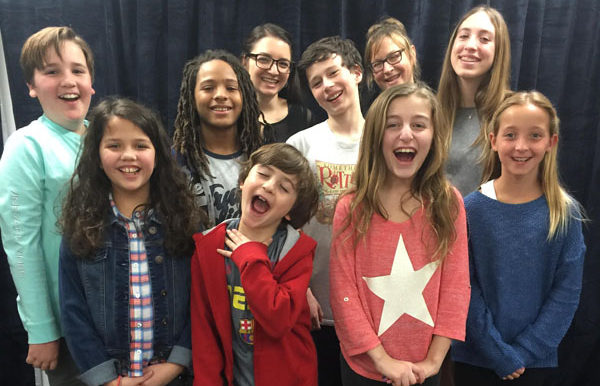 Venture down the quiet path of Lumber Road, away from the bustle of Northern Boulevard, and one will find the Actor’s Garage tucked away in a small second floor studio. First-time visitors could conceivably have difficulty finding the place, but founder and acting instructor Ann Gray Graf has something of an affinity for remote locales; she previously held classes in the garage of her Manhasset home, hence her business’s name.

“It was great,” recalls Graf. “The kids felt like it was their own secret garden. Somehow, being in my garage relaxed them and let them really put themselves out there.”

Graf’s business eventually grew to the point where her garage would no longer suffice, prompting her to rent her current space above the Abrakadoodle art studio. Regardless of where Graf teaches, her main priority is to cultivate a freeing and creatively-stimulating environment for students, most of whom are between ages 4 and 18.

“I really believe the pressure put on kids today at such a young age is harmful,” says Graf. “What I’ve found is a successful technique for producing some of today’s top kid talent for TV, film, voiceovers and commercials.” 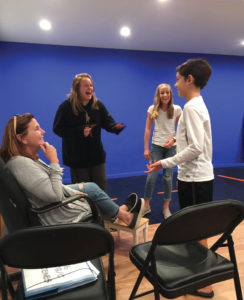 Inspired by her own experiences as an actress and comedian, Graf decided to create a set of classes devoted solely to acting and not musical theater, since Graf, unable to sing, had struggled landing musical roles when she was starting out. She also tailored her classes to offer showcases with a talent agent or manager, something that Graf says wasn’t being offered when she first started. As a result, several students of the Actor’s Garage have experienced breaks in film and television, such as Ben Hyland of the 2008 film Marley & Me, Cree Cicchino of the Nickelodeon sitcom Game Shakers and Sky Katz of the upcoming That’s So Raven spinoff, Raven’s Home.

“Basically, [I took] the things that I missed as a kid and what made me successful as an adult,” says Graf, explaining the setup of her class. “And I just put them into one.”

Perhaps this explains why the atmosphere of Graf’s class seems to be a balance of discipline and fun. Graf doesn’t allow cellphones—a collection bin is passed around at the beginning of class. Nonetheless, there is an abundance of laughter and joking around between exercises, with moods appearing to improve almost instantaneously upon each student’s arrival, as one parent pointed out while dropping off her son.

“This place is the one thing that made him passionate about something,” says Kalli Roditis of her son Yianni. “When it’s about acting or Actor’s Garage or Ann, he will be on time and focused. It’s a totally a safe place for him.”

“My goal is to have every kid find out who they are and embrace it,” she says. “I have a little system I set up from what I learned. It’s a simple technique: know everything about your character and then find out what that character has that you have as well. Connect there, and then be [yourself] as the character. Acting is being truthful in an untruthful situation.”

Graf should know; she’s no slouch herself when it comes to performing. She got her start as a stand up comedian, sharpening her craft in several New York City comedy clubs alongside Dave Chappelle, Adam Sandler and Susie Essman, of Curb Your Enthusiasm fame. Graf followed that by landing guest roles on Law and Order, The Sopranos and several commercials. But what gives the Actor’s Garage the edge over similar studios? 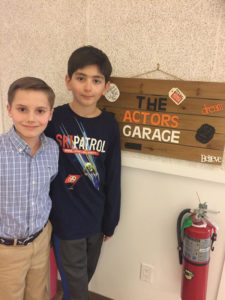 “The answer is me,” she says, before elaborating further. “The one thing I have that not many other studios have is, I’ve been on both sides of the camera. So what they get from me is years of experience from somebody who did acting, comedy and voiceovers.”

“Ann is always so supportive,” added one of her students, Timothy, who has studied at the Actor’s Garage for two years. “Whenever I go to an audition she’ll call me and wish me luck. It’s been really fun.”

The fickle nature of the acting business often necessitates that aspiring performers take on a job as little more than a means to an end. Graf sees her own peace of mind with her accomplishments as one her greatest strengths as a teacher.

“I’m totally dedicated to this school,” she says. “Some other places, [the teacher] opens it while they’re trying to get their big break. I’ve had my big break. I’m onto the next level.”