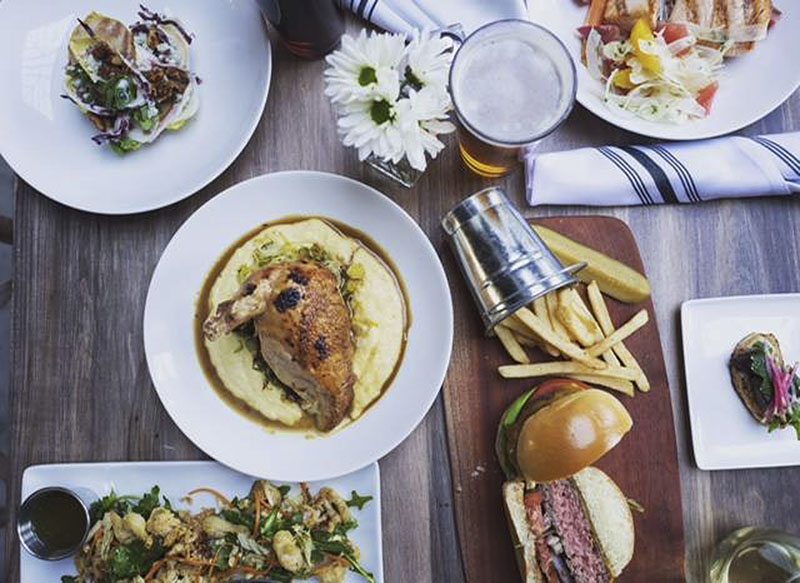 Unlike most buildings, which take on new meaning as their space transforms into shops or eateries that come and go as the years go by, there is one business address in Manhasset that is synonymous with its most beloved tavern. Although its name, food and owners have changed several times in the past, 550 Plandome Road has always been the go-to watering hole for the community, forever immortalized in both J.R. Moehringer’s memoir, The Tender Bar, (“There’s one main road… at the top is the most popular church… at the bottom is the most sacred bar”), as well as the stomachs and souls of generations of Manhasset residents. And now, this meaningful building is once again home to Publicans, a new restaurant with an old name at an even older address, which means this newly opened restaurant has a lot to live up to.

The significance of the return of Publicans is not lost on general manager Mike King, who is new to Long Island, but quickly learned how important it was to get everything “right,” which is why, although Publicans was set to open in the fall of 2016, opened its doors instead on January 31, 2017.

“This [restaurant] was unique in the metamorphosis that took place,” says King. “We just got so into design and construction…and it was worth it to do it the right way.”

Getting it “right” meant the design of the bar to the food on its menu, and everything in between, in order to accurately capture the well-remembered atmosphere of the old Publicans while still making the tavern feel fresh.

“The whole literary connection is another level; I’ve never worked in a place that has meant so much to people, that was in a memoir,” says King. “This was a resurrection of an establishment of something that’s already existed, and there are a lot of expectations and pressures…we have a built-in audience. The name alone takes on a lot of weight.”

The response since opening more than two months ago has, King says, “been amazing, at times overwhelming, sometimes exactly like what we were expecting and sometimes beyond.”

People across Long Island clamoring to experience the new Publicans has created the need to make reservations so as to accommodate patrons and try to eradicate wait times. There have also been many private event inquiries already, and the tavern has hosted about a dozen parties thanks to the back room.

“We want to be part of the community, and it’s overwhelming and humbling that people want to eat your food and tell their stories,” says King.

Still, a well-loved name and its built-in audience notwithstanding, the food at Publicans will likely be the biggest draw for people to keep coming back once the novelty of the restaurant has worn off. The menu is small, but King assured that it will be expanded by Chef Rich, who has been cooking since the mid-’80s in California and whose food is a beautiful marriage of east meets west. He also explained that the many dishes will be seasonal, and specials on the menu are possible future dishes that may pop up in a coming season.

As of right now, the dinner menu has starters, salads, entrées, burgers, steaks and desserts, as well as sides, a kids’ menu and a beverage list with cocktails, including a nice after-dinner drink like the Pink Squirrel, wine and lots of beer options. As with any good pub worth its salt, Publicans offers various burgers, including the Old Bay burger with a Pat LaFrieda beef burger topped with a spicy crabcake, lettuce, tomato and Old Bay aioli. Vegetarians can feast on The Pretender, which is a homemade veggie patty filled with quinoa, beets, carrots, onions, celery, lentils, almonds, panko and garlic aioli. 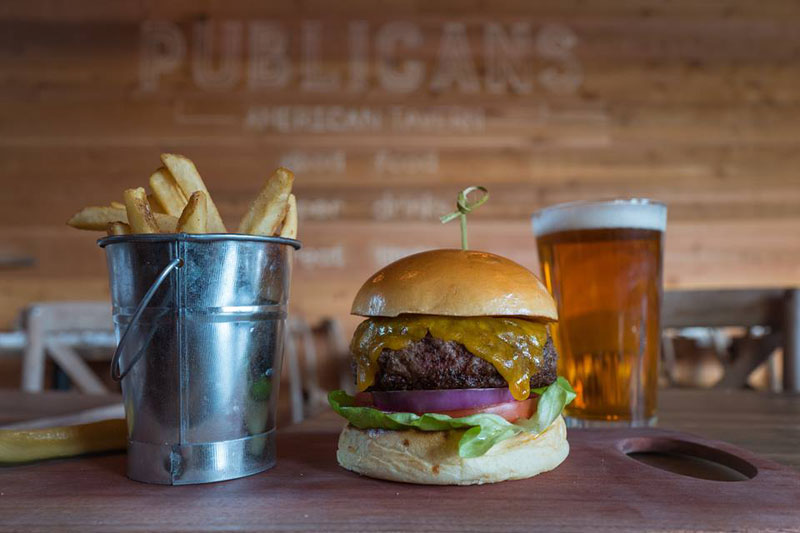 “We are trying to do things simple; we’re not a gastropub, we’re an American tavern and we make simple things well that taste amazing,” he says.

As it’s still a brand-new restaurant, there is more to come for Publicans including a recently added lunch menu. They are currently perfecting a brunch menu and expanding after-dinner drinks and cold-brew coffees.

Publicans is designed to appeal to all as both a blast from the past and a modern tavern that is the go-to place for the Manhasset community to have a bite, hang out and drink with friends and family.

For more on Publicans, visit their website at www.publicansmanhasset.com and their Facebook page at www.facebook.com/PublicansManhasset, or to make a reservation, call 516-627-7722.