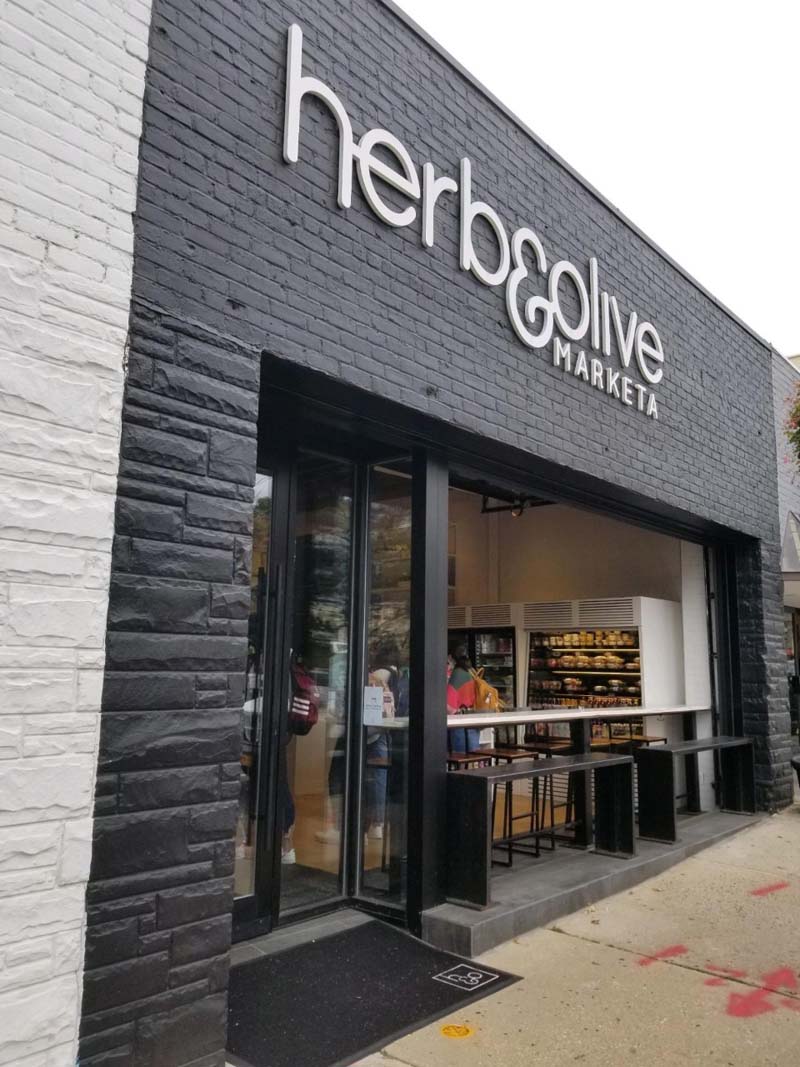 Julia was born in Philadelphia and shortly after moved to Greece with her family to live.
After Julia and her family moved back to America, she was involved in her family’s small pizzeria business. At the age of five, Julia’s grandma taught her how to cook, which sparked her love for the kitchen. She was involved in many tasks at the pizzeria and began to understand how the business worked.

When Julia was 18 years old, she was dropping her sister and her friend off where she met a young man there. Four years later, Julia met her husband, Gus Petropoulos, who was also Greek, in the city which turned out to be the same young man from years ago.
Gus’ heritage is part of a place in Greece owned at various points and influenced by Serbs, Venetians, Catalans and Turks; it’s also the place the Spanish writer Cervantes was injured in the Battle of Lepanto before writing Don Quixote.

The couple then moved to Greece because of work-related endeavors and had a daughter. The family returned to Manhasset because of a transfer to America after Greece was undergoing financial turmoil.

Julia felt inspired to have a market eatery because Greece had many of those but she hadn’t seen any in Manhasset. Although her background consists of teaching, Julia always knew she would end up starting a business. 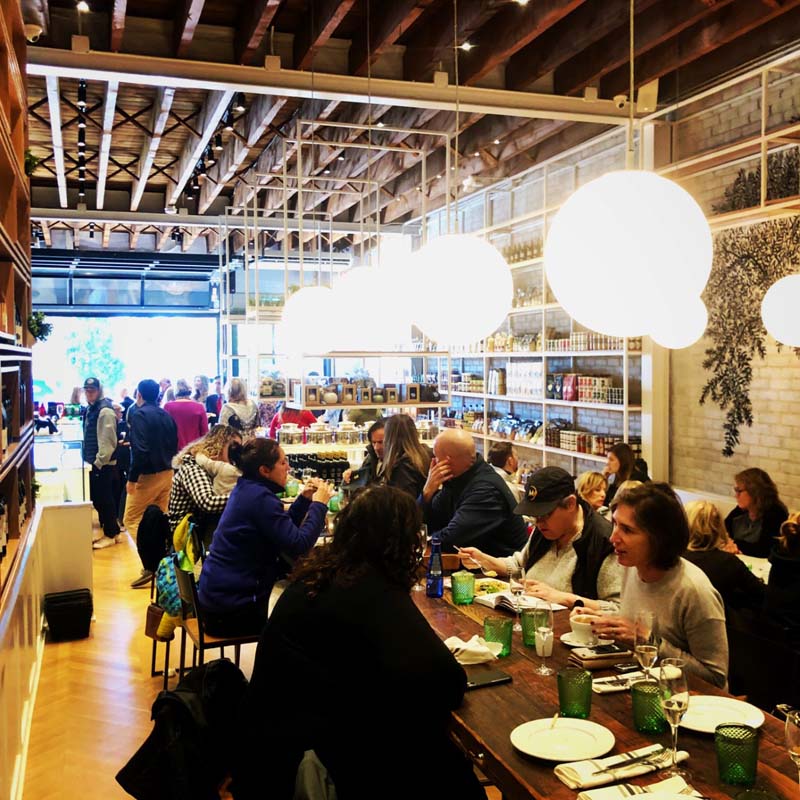 “My end goal was always to open up my own place and living in Greece allowed me to keep learning about the cuisine, the different spices and everything,” Julia said.
Finding the perfect name for the establishment consisted of a lot of thought and inspiration.

“It really is pronounced like urban olives, which means we want to bring an urban experience to the town of Manhasset in a modern way,” Gus said. “We are not trying to be anything that we aren’t, we have elevated products that you would not typically find in a suburban area.”

Herb and Olive Marketa’s kitchen chef is Michael Giannakis. Giannakis was the opening chef for Platia in Syosset in 2016. He was also the corporate chef for the New York Islanders and the Barclays Center. Giannakis is from the island of Cephalonia in Greece.

Some dishes include, Shakshouka, a dish of eggs poached in tomato sauce accompanied with a mixture of spices and Spanish tortilla, an omelet made with eggs, potatoes and onion are some of the items featured on the menu. Herb and Olive also feature Intelligentsia coffee and craft beers.

“We both always had Greek food growing up but our backgrounds have Middle Eastern and Persian influences,” Gus said.

Horiatiki, a traditional Greek salad consisting of cucumbers, tomatoes, onions, olives and feta cheese is another specialty served at Herb & Olive Marketa. The majority of dishes are served on a small plate and are well under $20.

Farrah Salazar is a contributing writer at Anton Media Group