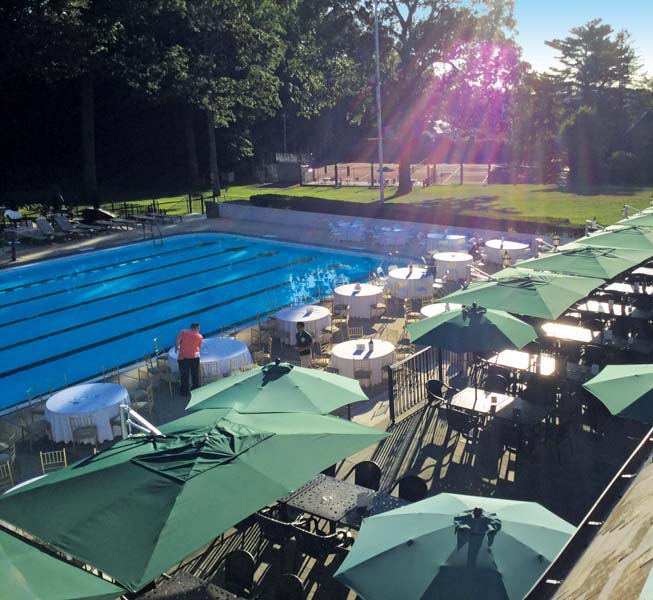 The Strathmore-Vanderbilt Country Club (SVCC) is very traditional. While some may think that such elite clubs in Gold Coast mansions are a way of times past, a fresh approach to inclusivity means one thing: family.

“Whether someone’s grandparents played here before or they got married here, our philosophy is always about keeping with tradition but trying to start new traditions as well,” says General Manager Donald Feimer.

In the mid 1800s, the land that would later become Strathmore-Vanderbilt was originally part of an estate belonging to a wealthy farmer in the sugar business. Years later, the property became used as a country estate, with the likes of the Whitney, Payson, Paley, Kelly and Bull families frequenting the scene.

When the next owner, an ice cream and candy entrepreneur named Louis Sherry came along, he redecorated the house in a French Château style. The home included a formal garden and a library off the foyer, which was purchased in France and replete with wood paneling and books.

Upon Sherry’s death in 1923, the home and its 700 acres was sold to Frank A. Munsey, an American newspaper and magazine publisher, who decided to remodel the home. Renovations included an extension of the house with two wings of pink brick and imported stone trim around the arched windows; an octagonal tower, which borrowed heavily in design from Louis XV’s château by importing French marble fireplaces and mantles, brass fixtures for the windows and doors, and commissioning a hand-painted mural for the ceiling of the Marie Antoinette dining room. Despite his architectural overhaul, Munsey never formally occupied the home and died a bachelor, leaving his entire estate to the Metropolitan Museum of Art.

The secondary name of the club is owed to Graham Fair Vanderbilt, a descendant of the Vanderbilt family and fortune, who purchased the house with 100 acres from the Metropolitan Museum of Art. For a decade, the property was used as a summer home and provided the luxurious setting for garden parties and social gatherings, which New York’s wealthiest attended. The property was ultimately inherited by Consuelo Vanderbilt, who later sold the house and the 100 acres to William Levitt, an architect and builder gaining prominence in developing various Strathmore communities in Manhasset. He named his new acquisition Strathmore-Vanderbilt, as it is known today. 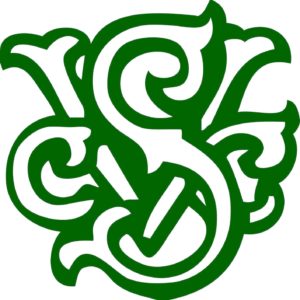 Levitt centered his architectural design plans on the picturesque view of the French Château at the end of the long tree-lined drive. He conceived the idea of an association of property owners who would share in its continued maintenance and benefit from its facilities.

“In 1939, the property was given to the residents of Strathmore to be their clubhouse and social center,” says Feimer. “What began as a club strictly for residents would later evolve into a true family club.”

Today, the Strathmore-Vanderbilt is situated on nine acres and includes hard tennis courts, a basketball court, a pool and a children’s playground and recreation room in the gatehouse. Feimer notes that as with any commercial business operating in an historic home, rooms have been restored or upgraded. There is a bridal suite upstairs for weddings as well as dining areas. A ballroom on the first floor was added on. However, some of the window treatments, the light fixtures, the library and the mirrored ceiling in the Marie Antoinette dining room has remained untouched.

“It’s the tug and pull of the new and old trying to meet that’s the challenge of decorating an 80-year-old clubhouse,” says Feimer.

SVCC continues to be the North Shore’s premiere family-oriented club, affording families the opportunity to enjoy numerous activities, sports and recreational facilities, as well as the grounds, which are utilized on a daily basis during the summer months.

“It’s a place where people can come and socialize with their friends and neighbors. The club is opened up to all Manhasset residents, and we have families from all over Manhasset joining together here,” says Feimer, noting that the SVCC’s junior tennis program, summer swim team, green and white races and a summer sport program continue to grow. “The amenities and formalities have changed, and it has evolved to a younger style club with casual dining and casual dress attire, but we’re evolving with the times.”

With a multitude of events throughout the year, there is always something going on at the club. A member of the Manhasset Chamber of Commerce, the SVCC hosts chamber meetings, the Kiwanis Club, the Women’s Club, as well as working with St. Mary’s and Manhasset High Schools and hosting those institutions’ sports dinners. The SVCC also hosts the sixth grade graduations for Munsey and Shelter Rock schools.

“Everything is done here on premises,” says Feimer of the SVCC’s full scale a la carte restaurant. “We have a full-time chef, who has been here for 15 years, and we do weddings, bat mitzvahs, holidays, happy hours and different types of events.”

Feimer added that the club is open 10 months out of the year but during the summer high season, it is completely full. From outdoor dining on patios and fun by the pool to barbecues and specialty nights like a men’s steak night, it is important to blend the old with the new.

“We try to do a little bit of everything to get everyone here,” says Thais Laguna, assistant to controller Wendy Zoeller. “Some of our older members—our oldest member is around 90 years old—enjoy the Italian family night. It’s very old world with different scenery, music and dancing. The international nights really attract the older members.”

In celebration of its 80th year, the SVCC has planned ’80s themed events throughout the year. Bringing the club into the 21st century is key to enticing new members. However, the hardest part is garnering attention for the SVCC because as a private club and 501c, it is difficult to advertise. To help with that is Laguna, who also handles the marketing and social media aspect of the club.

“We’re trying to stay current with technology because of our younger members and we plan on upgrading our website to be more engaged with social media because we know that’s where things are headed,” she said. “Events get broadcast to members digitally and sent out in a physical print newsletter to the older members who don’t use technology, but even some of them are creating media accounts as that is how their children and grandchildren like to stay in touch.”

The Strathmore-Vanderbilt, which is often compared to Oheka Castle in Huntington, is what Feimer calls “the most hidden gem up in the North Shore” as a functioning working business and club.

“A lot of people don’t even know we’re here, but we’re proud to keep it running,” he says. “It’s been here for 80 years, and we don’t see it going anywhere.

The Strathmore-Vanderbilt Country Club is located at 260 Country Club Drive in Manhasset. For more information, call 516-627-2433 or visit strathmorevanderbiltcc.com.